David Cope, Audio Note‘s US frontman, gets a lot of abuse from us. He probably doesn’t deserve most of it. Whoever handles his shipping heaps more than enough on him. You can usually count on at least one component being broken outright at any show, and at least one campfire story about a horrible shipping mishap. This time, though, David had apparently appeased the shipping gods; the entire system was intact and functional.

I can only assume that the cabling was provided by Audio Note, but I can guarantee that the rack in use was graciously provided by the hotel (who refused to remove any furniture from the exhibit rooms).

This was one of our first stops at the show, and it provided the kind of engaging musicality that made visiting the rest of the barely-warmed-up systems on Friday morning a bit of a slog. The tone was in full bloom, the soundstage was expansive, and the realistic presence offered by a couple of little stand mounts was more than a little surprising. The voice and guitar on a cut from Lianne La Havas’ 2012 album “Is Your Love Big Enough?” were wholly enveloping, with the realistic presence you’d expect when you’re hovering at the back bar getting a new beer.

A quick break to discuss musical tastes (Sarah Janosz and Rachael Price were points of agreement) ended when David queued up the mesmerizing Sera una Noche EP to showcase the system’s almost romantic tone and its surprisingly complete ambience retrieval.

If the system fell short on macrodynamics — and it did — it also exceeded what I’ve come to expect from shoebox speakers. It more than exceeded the level of engagement that I expect to find in a hotel room. It basically did what a stereo is supposed to do. 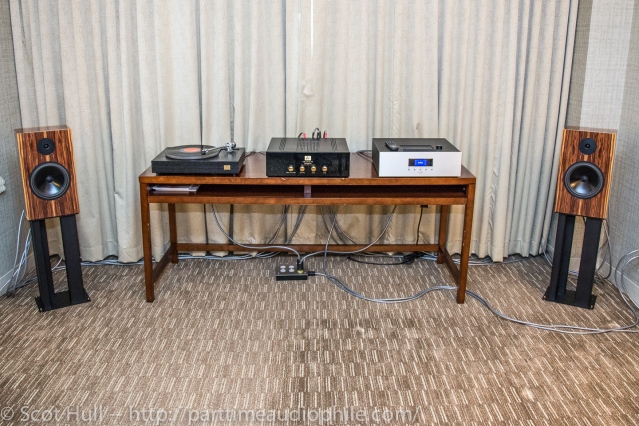 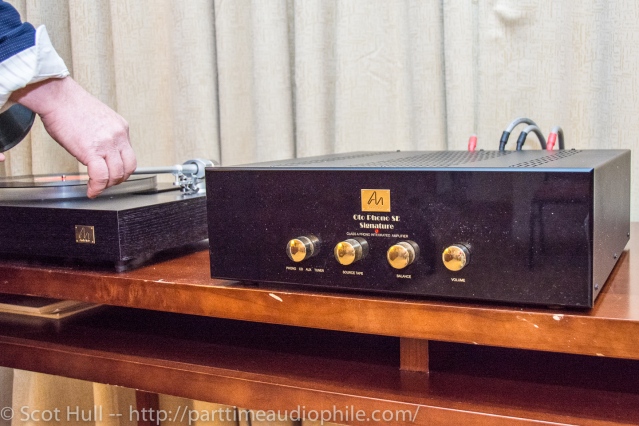 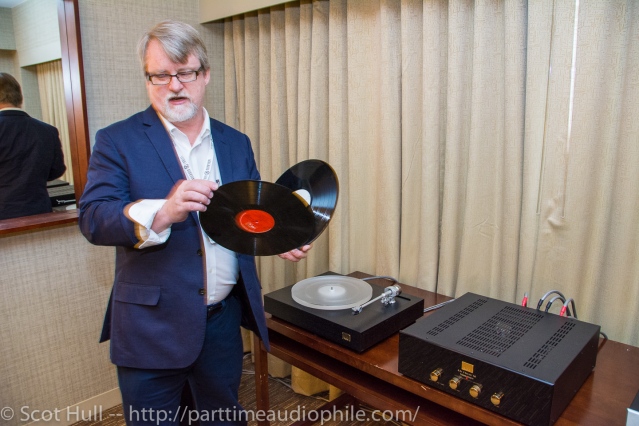 One thought on “CAS 2014: Keeping It Simple with Audio Note UK”