In this age of tiny Class D amplifiers and pocket-sized DACs, the Wells Audio Innamorata Signature amplifier ($13,000) reminds me of the cancerously large boxes that characterized the receiver wars of the late 70’s. It’s big.

It has to be. What separates the Innamorata Signature from the run-of-the mill Innamorata is its use of enormous Duelund capacitors. The sound is so obviously different from the basic Innamorata — so much more liquid, so much more natural, so much more detailed — that the differences were noticeable at the doorway.

The pairing here with regular Wells dancing partners, the Chapman Audio T-7 speakers ($10,000 per pair), Jeff’s own collection of modified Jolida gear (give Jeff a call for pricing) and a full loom of Dana Cables, made the change in the new model comically obvious. The slightly warm signature of the Innamorata has been replaced by something much closer to real music. I’ve always appreciated the sound of the Chapman speakers that “it sounds like a good speaker” sort of way. In this system, though, they sounded a lot more like good music.

Jeff, in a worrisome fit of modesty, gave some of the credit to Jack Bybee’s new Audio/Video Signal Enhancer (the little hunk of plastic sitting on top of the amp). This $120 tweak apparently has some special crystals inside it that — I’m going to quote the brochure for this part — “align the electrons flowing through the wire or component to enhance the purity and energy of the video or audio signal.”

Which, honestly, sounds a whole lot like a bunch of hokum. I’m deeply allergic to that kind of advertising. I actually needed a quick drink before I could type it here.

Jack Bybee is a true gentleman, however, and his apparent hokum has a long track record of audibility. While his associate took the time to entertain Kisten with the full monty miracle cure show, Mr. Bybee took the time to describe his gizmo to me. His modest claims and non-brochure explanation weren’t absurd. I’m going to give him the benefit of the doubt.

The folks here sent us off carrying one of the doodads to try at home. 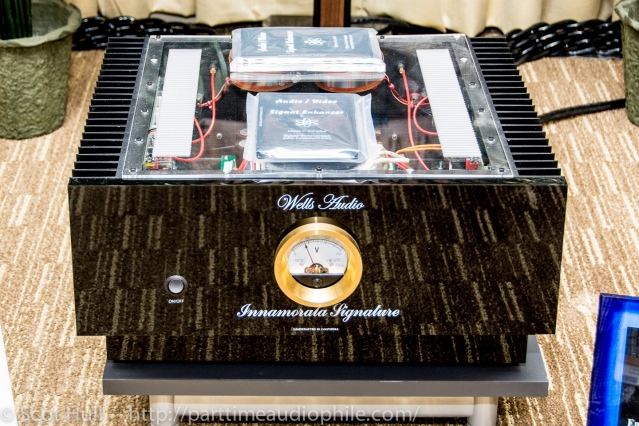 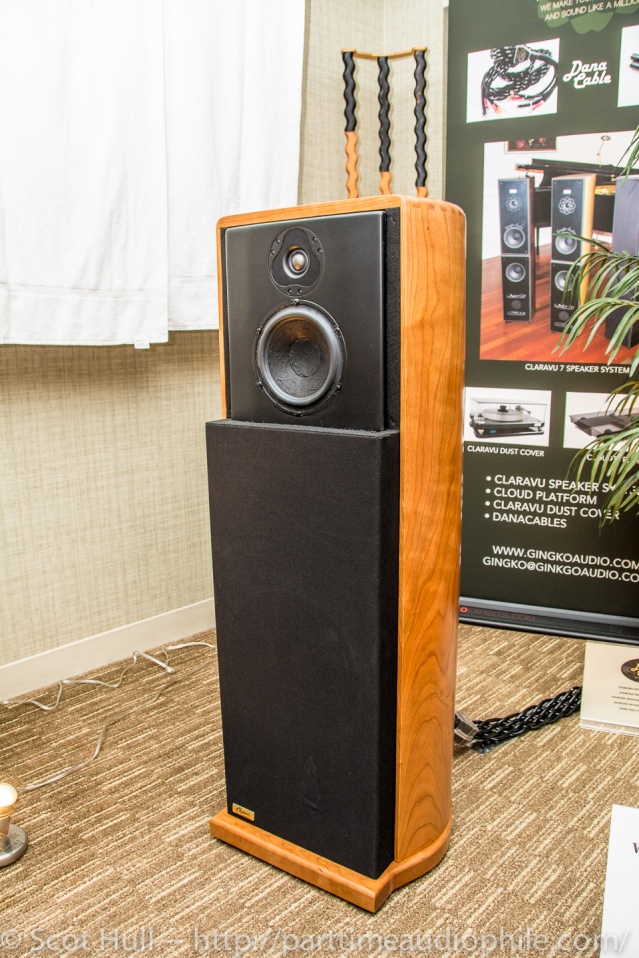 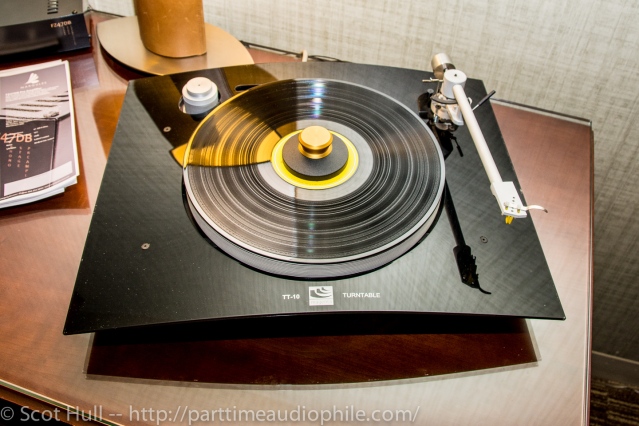