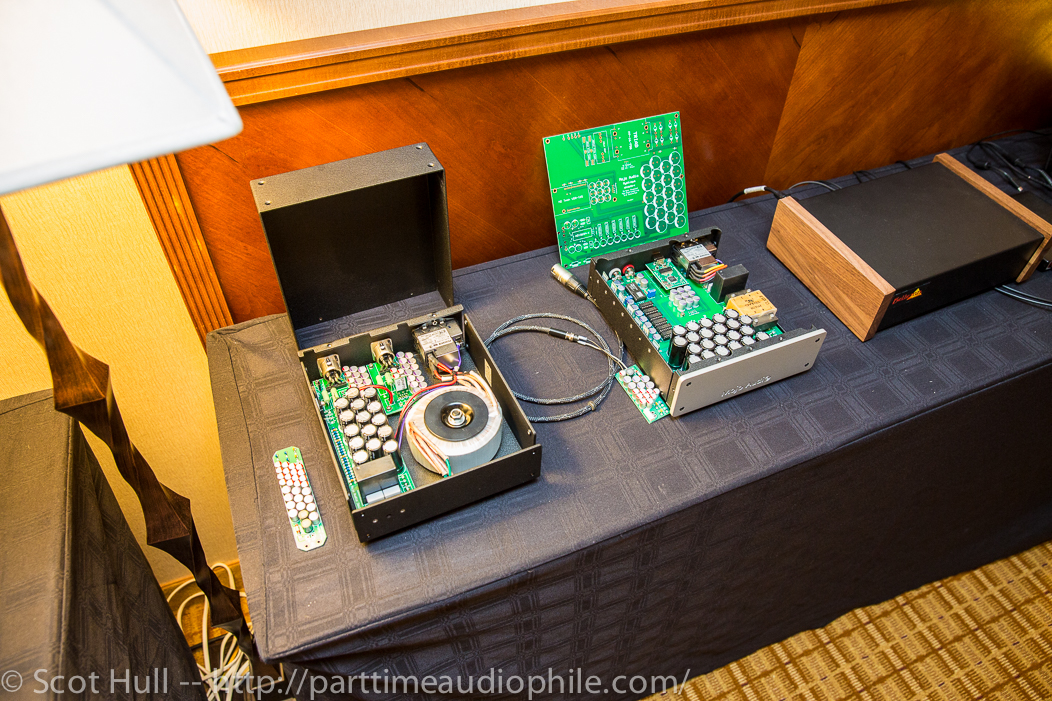 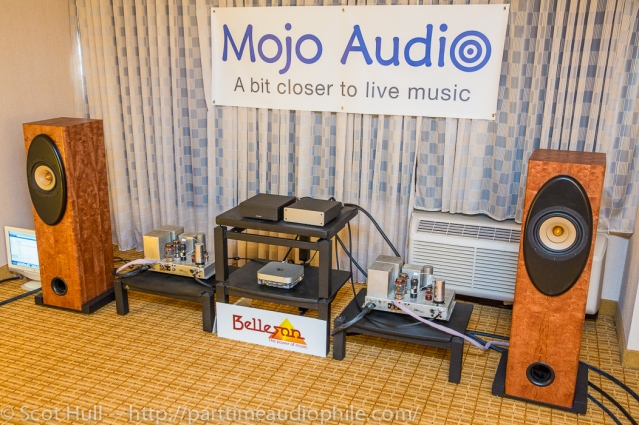 You gotta love Ben Zwickel of Mojo Audio. The guy is so clearly into the nooks and crannies of audio’s high-end that it practically jumps off of him in sparks.

Mojo, in case you don’t know, operates in and around computer audio. Ben’s been designing, tweaking, and modding systems for years now, but his primary thing is tricking out Macs for computer playback. Turns out, there’s a lot to do, but the the main improvement that can be made, after all that software stuff is sorted out, is ripping the guts right out of it and dropping in a bionic replacement. Err. I mean, upgrading the power supply.

Speaking of which, Mojo also makes more general-purpose external PSUs, too. The newest is called Joule V (starting at $1k). “In addition to having peak-to-peak noise of less than 15 microvolts and a power supply rejection ratio (PSRR) of over 105db, our Joule V offers incredibly fast dynamic response to transients. When instantaneously switched from a 250 milliamp load to a 5 amp load, it takes less than 10 microseconds for the voltage to completely stabilize.”

Last but not least, Ben’s launched a new DAC here at RMAF, called Mystique. “Mojo Audio’s Mystique DAC is built around Analog Devices’ famous AD-1865N-K R-2R ladder DAC chip. To eliminate bit read errors, our power supply incorporates over 237,000uf of capacitive filters and seven Belleson ultralow-noise high-dynamic regulators that independently isolate each stage of IC chips. The analog output stage is direct-coupled to provide the most linear and extended frequency response possible by eliminating output coupling capacitors and transformers that narrow bandwidth and cause phase and time distortion. Error prevention rather than error correction … With no pre- or post-digital filtering, digital noise shaping, upsampling, oversampling, or error-correcting algorithms, our digital signal path is the purest possible. This is not true of many so-called non- oversampling designs that still incorporate algorithms for noise shaping and error correction.”

The NOS character of Mystique do limit it to Redbook resolution (the AD1865 is an 18-bit chip), note, but as I’ve mentioned elsewhere, I’m not convinced that this is a bad thing. Sure, high-res audio is the craze right now, and rightfully so. But for those of us with vast catalogs of CD-quality material and what with streaming service providers just now catching up to Redbook resolutions, I think there’s a lot to be said for designs that actually make that stuff sound good and not sterile, boring, or un-involving.

Because un-involving would not be a word to describe the sound in this room.

The speakers were kit-built, and the amps are vintage. The only thing really for sale in the room was the Mac Mini source, the Mystique DAC, and the PSUs used to power them both. Kinda takes the pressure off.

With this largely NFS system, then, I will offer that I was not only surprised but greatly impressed with the sound Ben was getting in the room. There was an easy flow to the music that really showed off the strengths of those single-driver speakers. Transparency and immediacy were the names to this game, and all the visitor could do was shrug and groove. Very nice work, here. 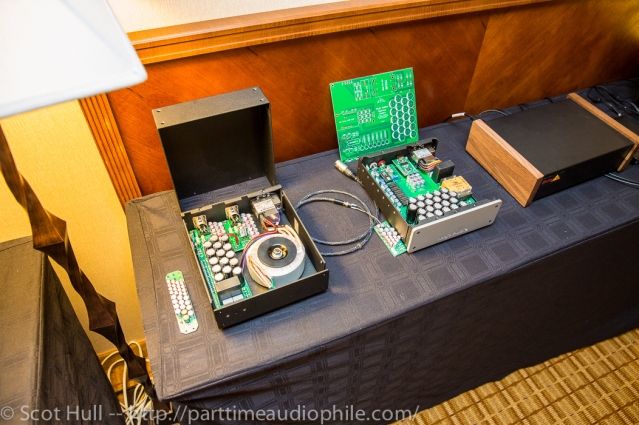 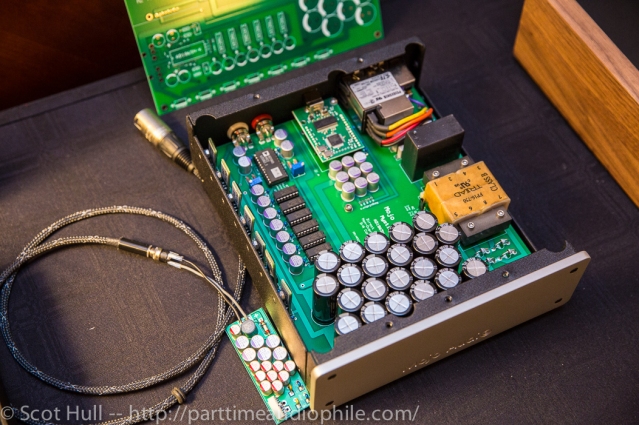 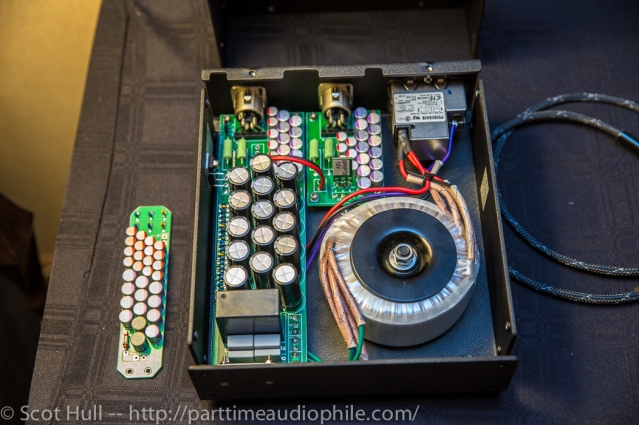