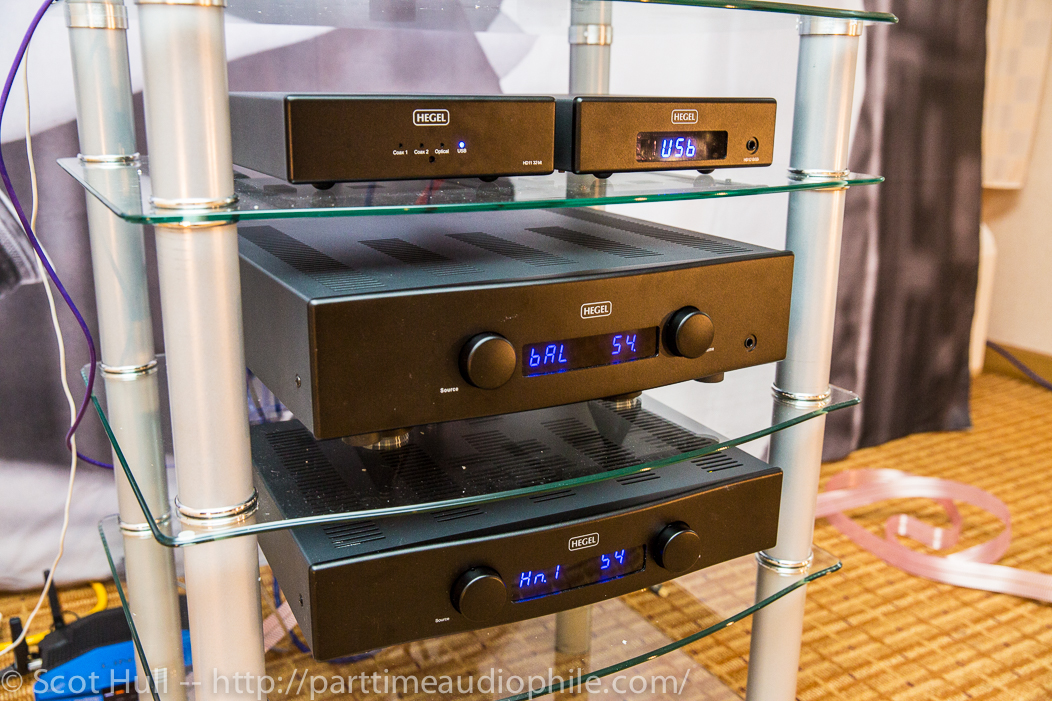 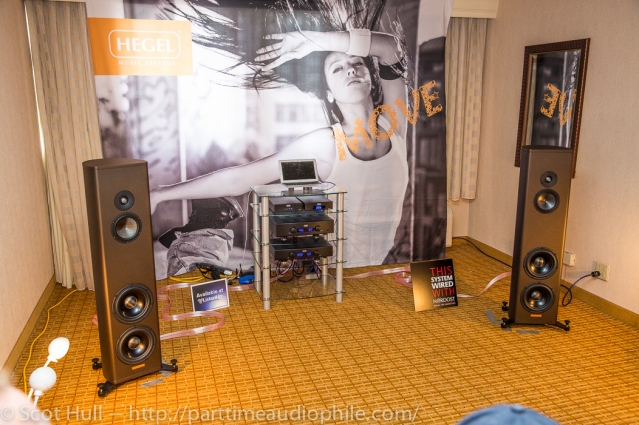 For those of you not in the know, Hegel was one of the greatest philosophers to take pen to paper. And boy-howdy, did he. One of the most prolific writers of his time, Hegel was one of the last in a long, long line of thinkers with a story for everything. And the stories he told … complex, intricate, interwoven, baroque. But oh, so ambitious!

I think of that time spent in school, attempting to read his work, whenever I run across Hegel Audio. I’m sure you could construct a tottering sort of analogy betwixt and between, but I don’t really see the point. For me, the links are there whether I will it or no — but this is about as far as I’m going to burden you.

I will say this, however — the stories that Hegel Audio is telling, today, on the canvas of audio’s high-end, are both gorgeously plotted and exceedingly well-told.

My experience with Hegel isn’t particularly breathtaking, but I have heard just about everything in their current lineup. I will further offer that their flagship amp may well be the best value in the ultra-high-end for solid-state amps.

Here, the story was more about the new HD12, the upgraded and updated DSD-capable DAC ($1,400). I introduced folks to it back at the New York Show in September, so I’ll refer you there.

Nordost cabling carried the signals too and fro, and Nordost also provided the power distribution.

The speakers were the mid-level Magico S3 loudspeakers — extraordinarily integrated, if I may say so, and perhaps the best value in the Magico line (~$20k/pair).

The Hegel + Magico combo was perhaps one of the most musical I’ve heard from Magico, and I found the sound to be very easy-on-the-ears, with detail, extension and warmth. I overheard several attendees expressing surprise at the overall sound, and the departure it seemed to mark for Magico’s generally. Me, I wasn’t surprised — Magico tends to be fast and transparent — as far as windows go, this one tends to be rather clear.

Kudos to the ListenUp team — this was a great room. 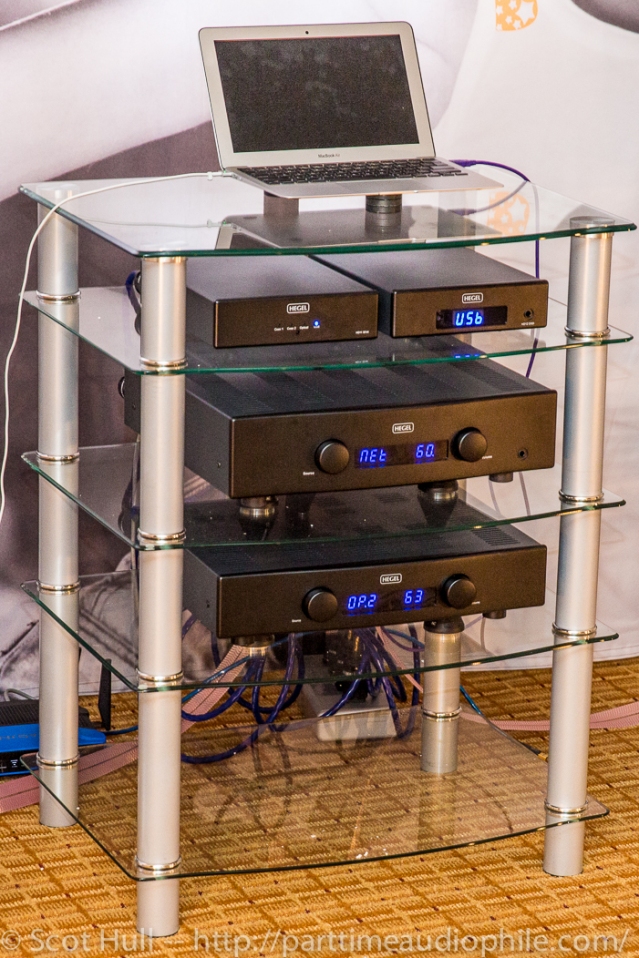 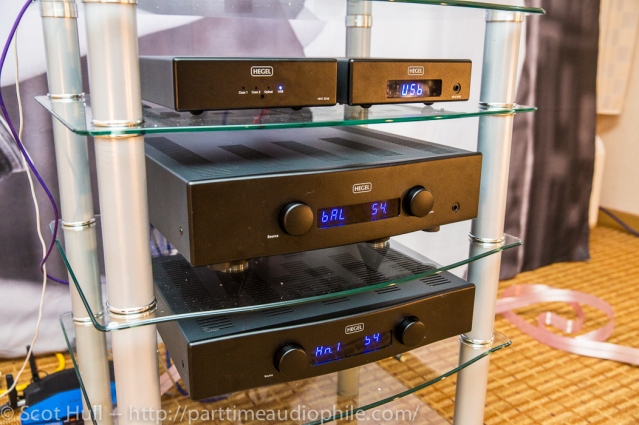 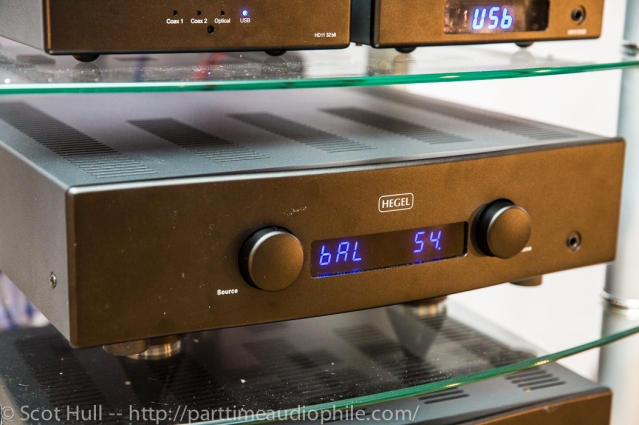 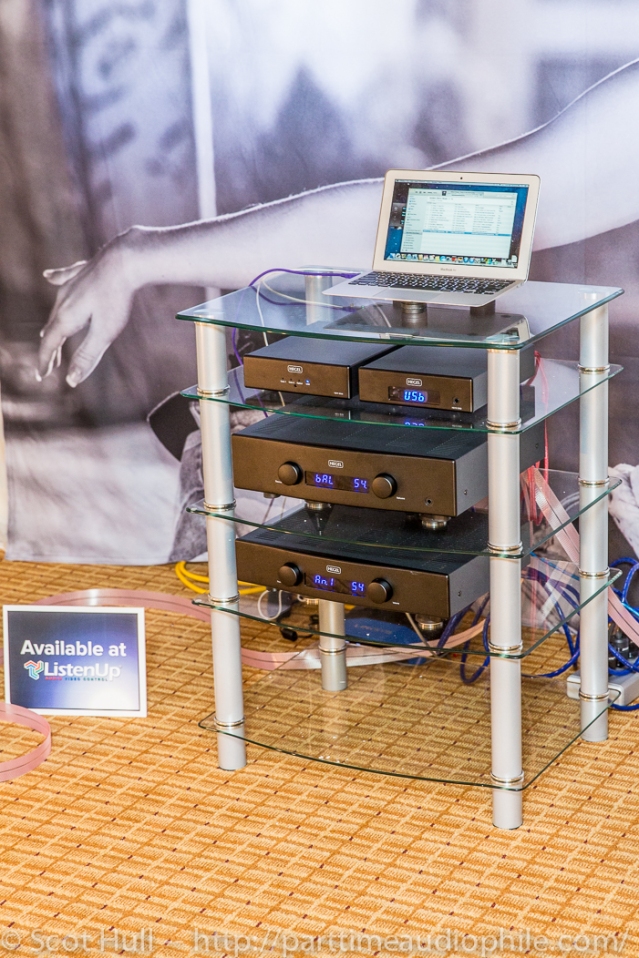 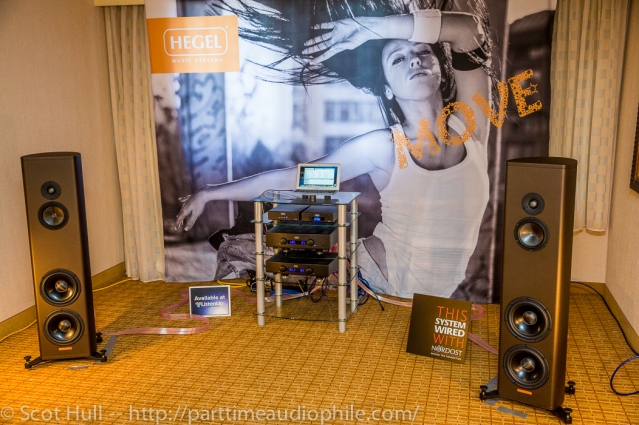 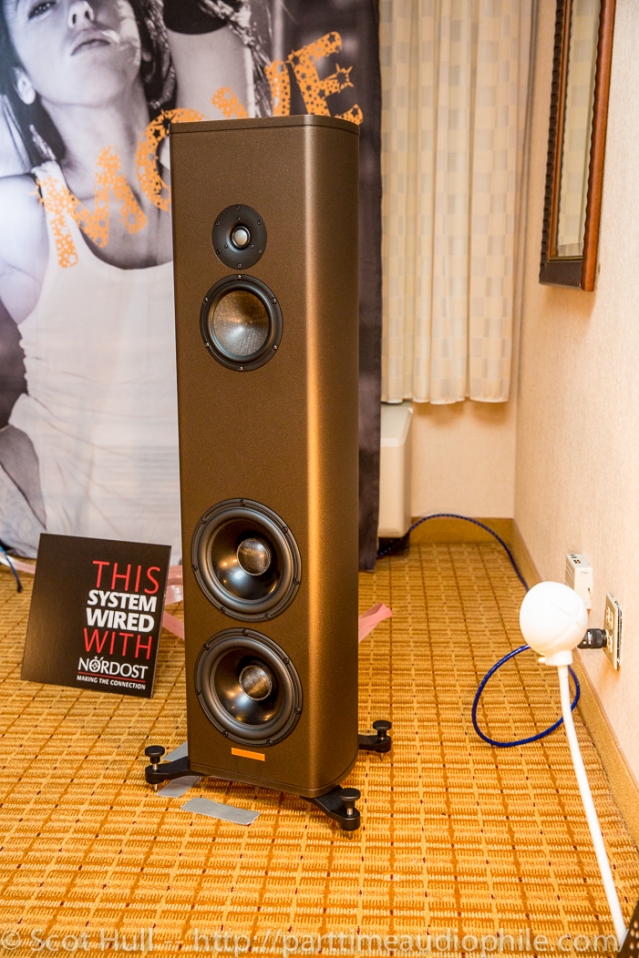 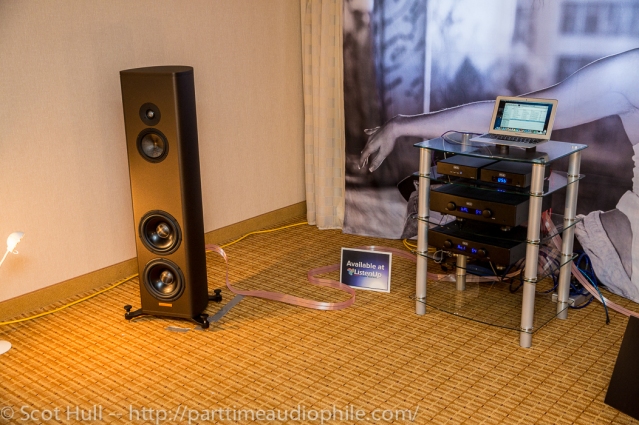 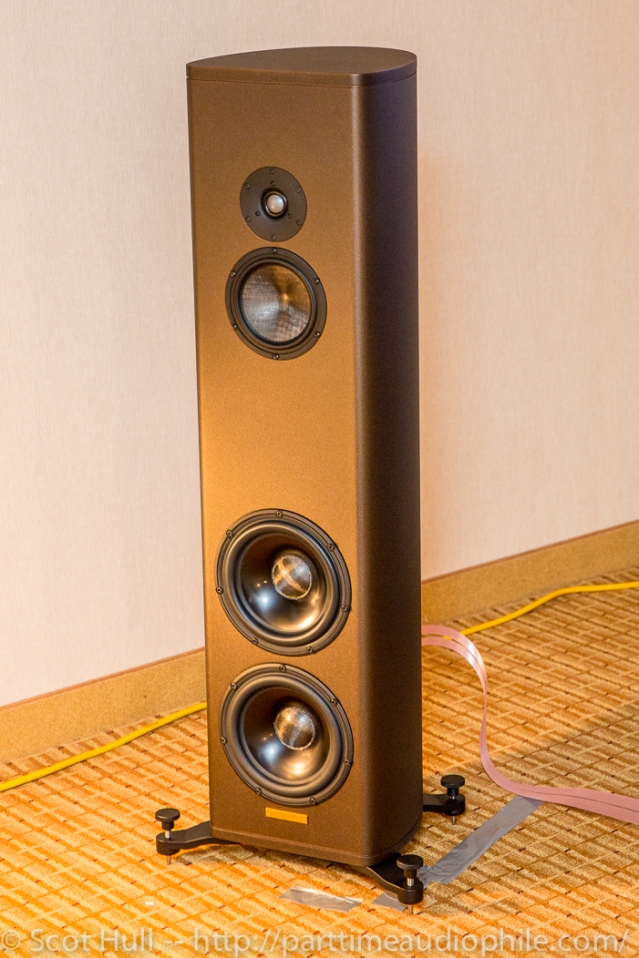