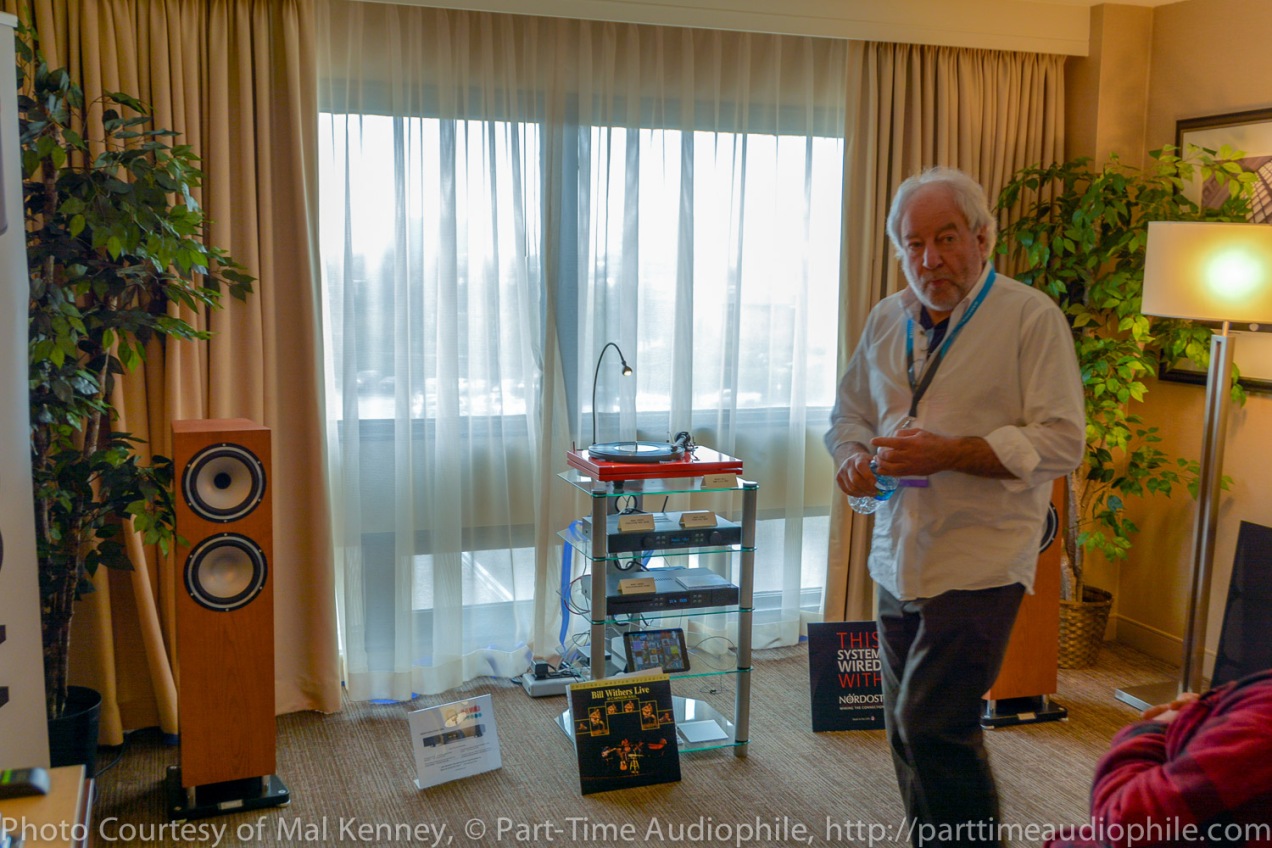 Let me start by reminding you that I have a Tannoy problem. I like to tell myself I manage it pretty well. I should probably go to meetings, really. The biggest problem with being a Tannerd is knowing that I almost never see them at shows.

But, wonder of wonders, AXPONA had Tannoy listed three times in the program. Three times. That’s almost as many Tannoys as I have at home! I spent Thursday night bouncing around like a kid waiting for Santa Claus.

Going from room to room, though, reminded me that there’s a reason I don’t see Tannoy at more shows, and that reason is that it’s really hard to pull of a mind-blowing exhibit with their stuff.

The three rooms here? They all came within spitting distance of greatness.

First up was dealer Holm Audio, with a system very close to my home rig. Ferrite Tannoys and Manleys? This should be a gimme. In fact, it was remarkably close. Heck, I usually find the shown Tannoy DC10Ti (about $10k per pair) to be too fat on the bottom. A dynamic monster, but tuned for rocking-out fun instead of anal-retentive accuracy. In a genius move, the dealer paired them with Manley Mahi Mahis, which I generally find too lean with most Tannoys. In short, the system’s tone was nearly perfect. A full stack of Manley electronics sat behind the amp/speaker pair and fed into the lithe, muscular presentation, while a Sony server handled the digital duties.

Unfortunately, the DC10Ti sounded new — tight, uncomfortable, new-shoes new — and nothing can help a Tannoy that fresh out of the box. The tweeter hadn’t yet gentled down, and the Mahi Mahis were stretching to keep the speakers under control. As a repeat customer of Tannoy Buyer’s Remorse, I’d guess that if you gave the room another six months to break in (seriously) it would be a contender for “Best in Show.” As new as everything was, though, the sound was just too hard.

Next up came another dealer, D Digital, with a system defined by the alnico Tannoy DC10a (about $15k per pair), the best looking of Tannoy’s microdynamic mavens. Anchored in one corner by a REL Gibraltar G1, and fronted by a Prima Luna electronics, the sound here suffered from a different problem. The Prima Lunas always seem to specialize in warm bombast, and, with the added thickener of the G1, the over-friendly sound here proved to be a bit slow and short of definition. It was enticing (as enticing as possible, anyway) with Stevie Ray Vaughn, but not quite game enough to deal with Perfume’s “Lazer Beam.” Call the sound too soft and sweet.

The last system, presented by Holm Audio and Music Hall, featured the more pedestrian, metal coned, Tannoy Revolution XT 8F speakers ($2,600 per pair) being pushed around by Creek‘s new, Evolution 100a ($2,200) integrated amp. Sources were either Creek’s Evolution 50CD ($1,500) or a Music Hall MMF-5.1 LE turntable ($995). It was an impeccably balanced system that, within its obvious size limits, could make either the perfect intro to Hi-Fi or the perfect exit plan from the Hi-Fi merry-go-round. Not too hard, not to soft, not too mean, not too sweet. It was, in every way, just right.

Which makes Roy Hall the Baby Bear in this story. Do you think he’ll mind being called that?