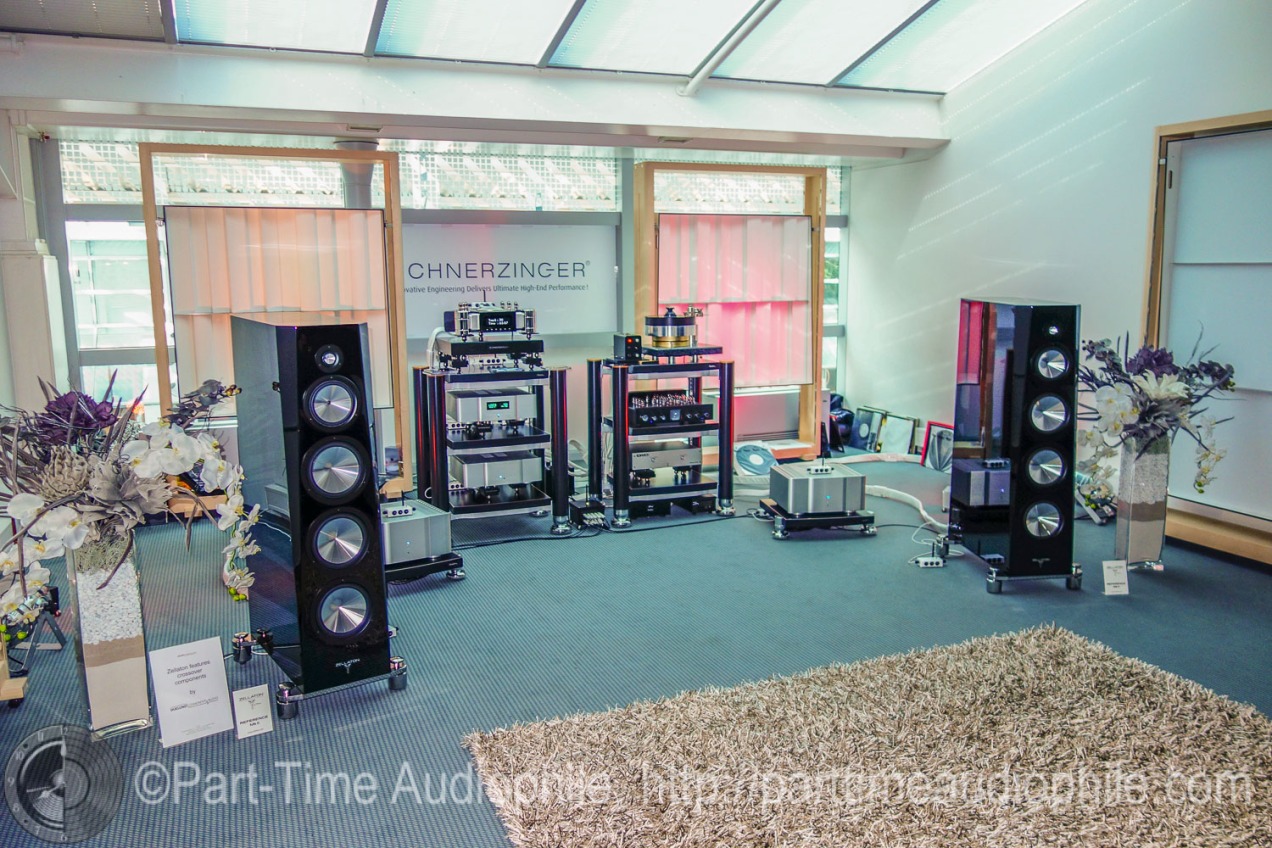 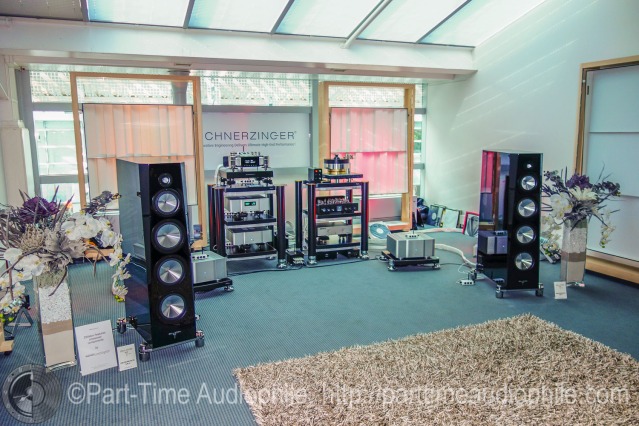 There is something about historic brands, they have a special charm which I find irresistible. We have witnessed the re-birth of famous 19th century maisons in watchmaking and something similar happened with a few legends of the audio industry that woke from their long hibernation.

One of these brands that I have been following closely is Zellaton. Originally founded by Dr. Emil Podszus, Zellaton focused in producing speaker drivers and eventually filed for a patent for his foam sandwich diaphragm.

In recent years the company launched a new reference line of speakers designed around the in-house produced drivers with a rather intriguing cabinet which on first sight seems like a classic box but after closer investigation one realizes it is a semi-open baffle with the back of the speaker being open through well finished windows, thus creating a dipole dispersion pattern.

Zelaton makes all drivers with a painstakingly long process that leads to a sandwich of various materials with the end result being light but stiff cones for low inertia and razor-sharp transients. Reference speakers demand reference parts throughout and Zellaton uses some of the most expensive capacitors available in the market for their cross-overs, the silly expensive Duelund Coherent Audio along with Mundorf ones, Van den Hul cabling, Mundorf binding posts for speakers that are true cost no object designs.

Unfortunately last year they did not perform anywhere close to their capabilities (an obvious mis-match with the driving electronics which ended up in ruining a mid-range driver) but this year it was a completely different story for the Zellaton Reference MkII. Beyond Frontiers Audio provided some remarkably transparent amplifiers from their Tulip line (tube pre-amp and a pair of hybrid monos along with their DAC) and Schnerzinger completed the set up with their active shielding cables and Giga protectors (high frequency field generators that allegedly overcome the shortcomings of musical signals; don’t ask me what it means as I have no clue). CD player came from Loit, the exotic Passeri MkII, while the analog front end included a classic La Platine Verdier turntable, Acoustical Systems Axiom tonearm and Aiwon cartridge, with two phono stages sitting in the fabulous and highly sophisticated Tandem Audio racks, one from LKV, and the second from Mal Valve of Germany; the later was the one with which I did my auditioning.

This was a room where they clearly love acoustic guitars; they had records of Eric Bibb singing Good Stuff (Opus 3 LP) and Ry Cooder playing his bottleneck style guitar with Vishwa Mohan Bhatt in A Meeting by the River (Water Lily Acoustics Records) both of which sounded very open and rich in harmonic content. Attack and resolution where place under exam with Boris Blank’s Electrified tracks for a system that was easily among the top of the 2015 show.

Aurender is the Proud Sponsor for High End Munich 2015 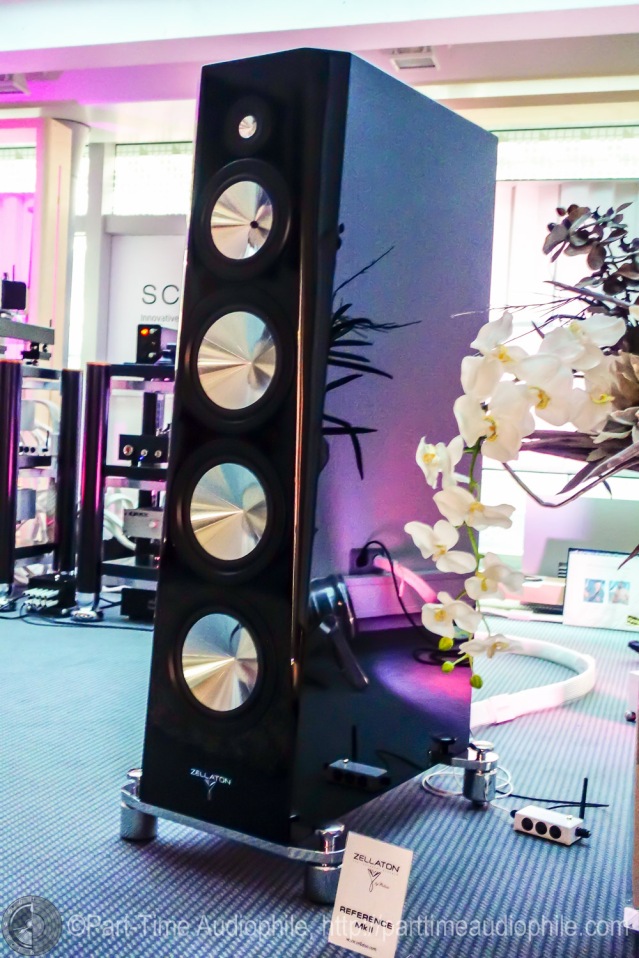 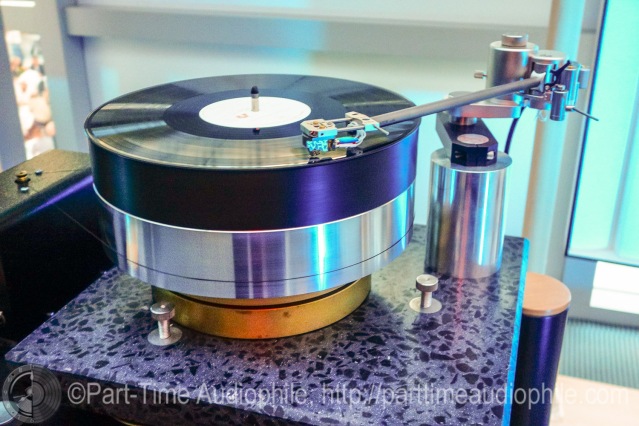 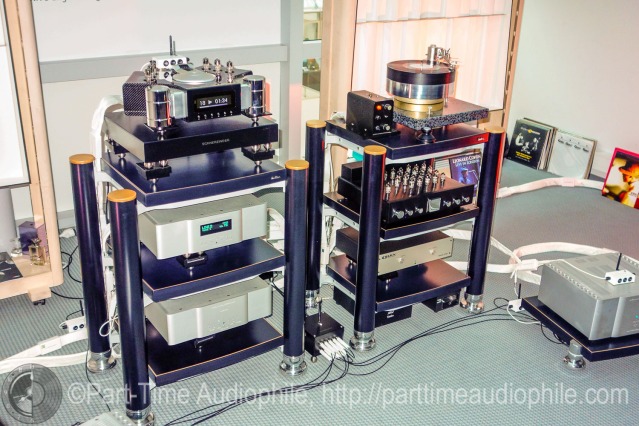 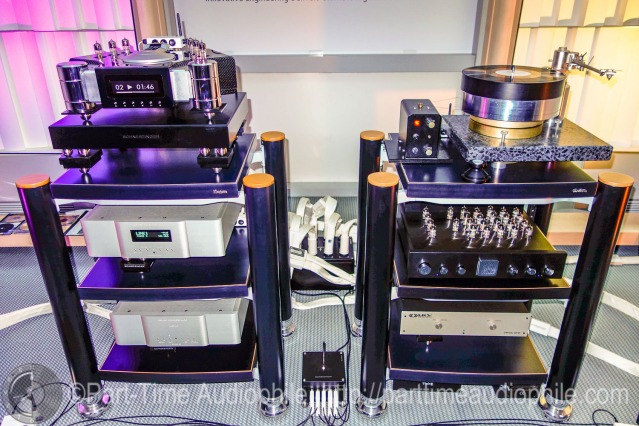 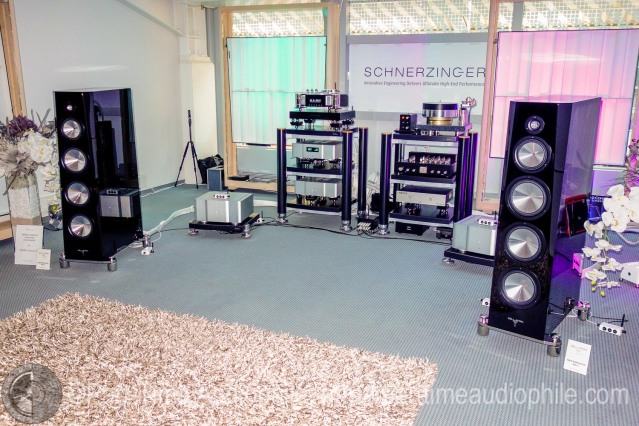