I’m neither a big fan of digital amps (other than the difficult to classify Devialet amps which are slaved to one watt of pure Class-A power) or active speakers, so these Dynaudio’s aren’t my Reese’s Peanut Butter Cups, but they bring an awful lot to the table for me, or anyone else to summarily dismiss them with any SET/two-way speaker illness. So forgive me my sins and please read on.

Dynaudio‘s Focus 600 XD loudspeakers ($13,500 US) are capable of directly streaming 24/192 files (very cool) – or whatever else you want via wireless and they sport a plethora of digital and analog inputs to boot. The amps are all seamlessly integrated not only with the multiple drivers but in-room as well through the black magic of digital DSP. With four on board 150-watt digital amps (one per driver; two bass units, one midrange unit and a soft-domed tweeter) the sound has scale and slam.

The big 600’s were being fed via an Airport Express and a 2TB Aurender N100H ($2,700 US) high-resolution server and player which supports both USB and NAS.

I’m a less-is-more kind of guy, so the uber-clean look of this set up gets a high-five from me big time and from, I’m sure, those designer types who prefer white walls, concrete floors and lots and lots of glass. For someone looking for a rig that can produce a clean, clear and bouncy sound that will deliver audiophile-grade files via wireless with built-in amps and enough inputs to please the most diehard digital purist, Dynaudio has you covered. Simple, straightforward and very well thought out, this setup will please a lot of people. For those looking to spend less, or with smaller real-world spaces, check out the 200 XD.

Proud to sponsor Part-Time Audiophile and The Audio Traveler at THE Show in Newport 2015! 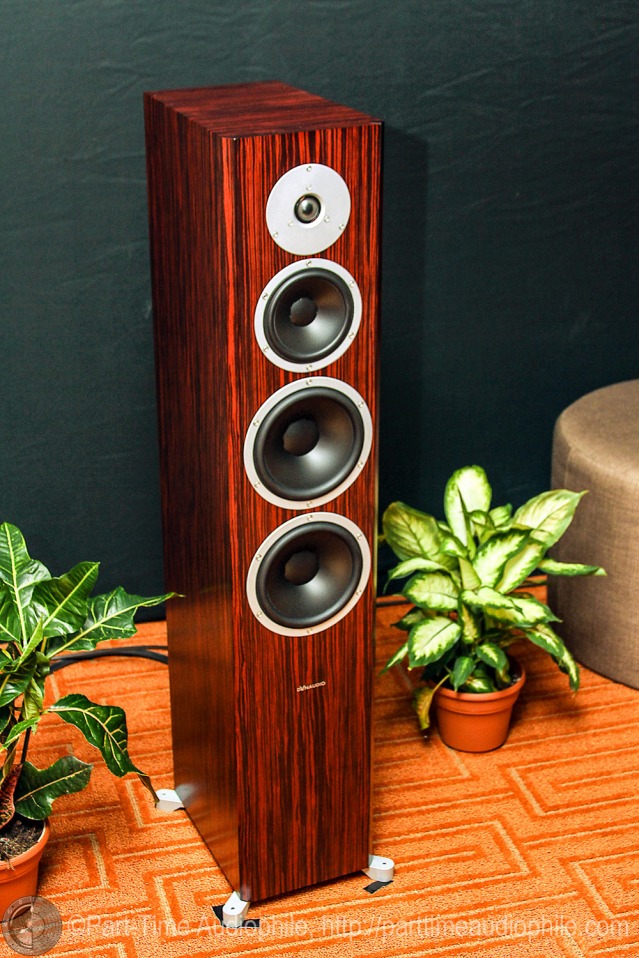